It's that time of year again when the spring cleaning begins. All that's dark, gray, or dirty gets a revamp, and people start thinking about color again. That's how it seems in the Pacific Northwest, and this year is no exception - especially after the 20" of snow in Snohomish County this last month. If you live or work in the Bothell area, you may be familiar with the Burke-Gilma Trail that goes to Seattle. It's a trail that runs through the Cascadia College/UW Bothell Campus, and I just updated the wildlife posters on it!

The first poster that was made was a collaboration with Dr. Ursula Valdez. She is an ornithologist specializing in predatory birds and runs a bird watching research group on campus (and in the wetlands). I provided the formatting, and she provided the pictures. It's titled "Birds of North Creek Wetlands" and features some of the following favorites:

The bird poster hangs next to a re-printed poster that I made featuring some native shrubs and trees found in the wetlands and around campus. All the images were taken by me and one of my herbarium student-volunteers, Johnathon Rutledge.

I also found out that my office also managed several posters, that have since been forgotten. I was able to track down the original graphic files, and spruce them up. They were originally on a sepia/brown scale which looked drab, especially for most of the year when the grasses dried and turn brown behind it. I changed almost all the colors.

I also had an issue that they used a bull frog for the Wetland Amphibians section as the image. Bull frogs are non-native and actually eat our native amphibians, so instead of leaving a snarky long-winded description of how bull frogs are evil, I passively swapped it out for a lovely image my friend, Christie Caldwell, took of a Pacific tree frog (Pseudacris regilla).

I've always loved interpretive signage along trails, and it's been such an honor to be the steward of these signs on campus. I know the trails get a ton of use by students, staff, and the public. I hope they enjoy them too. 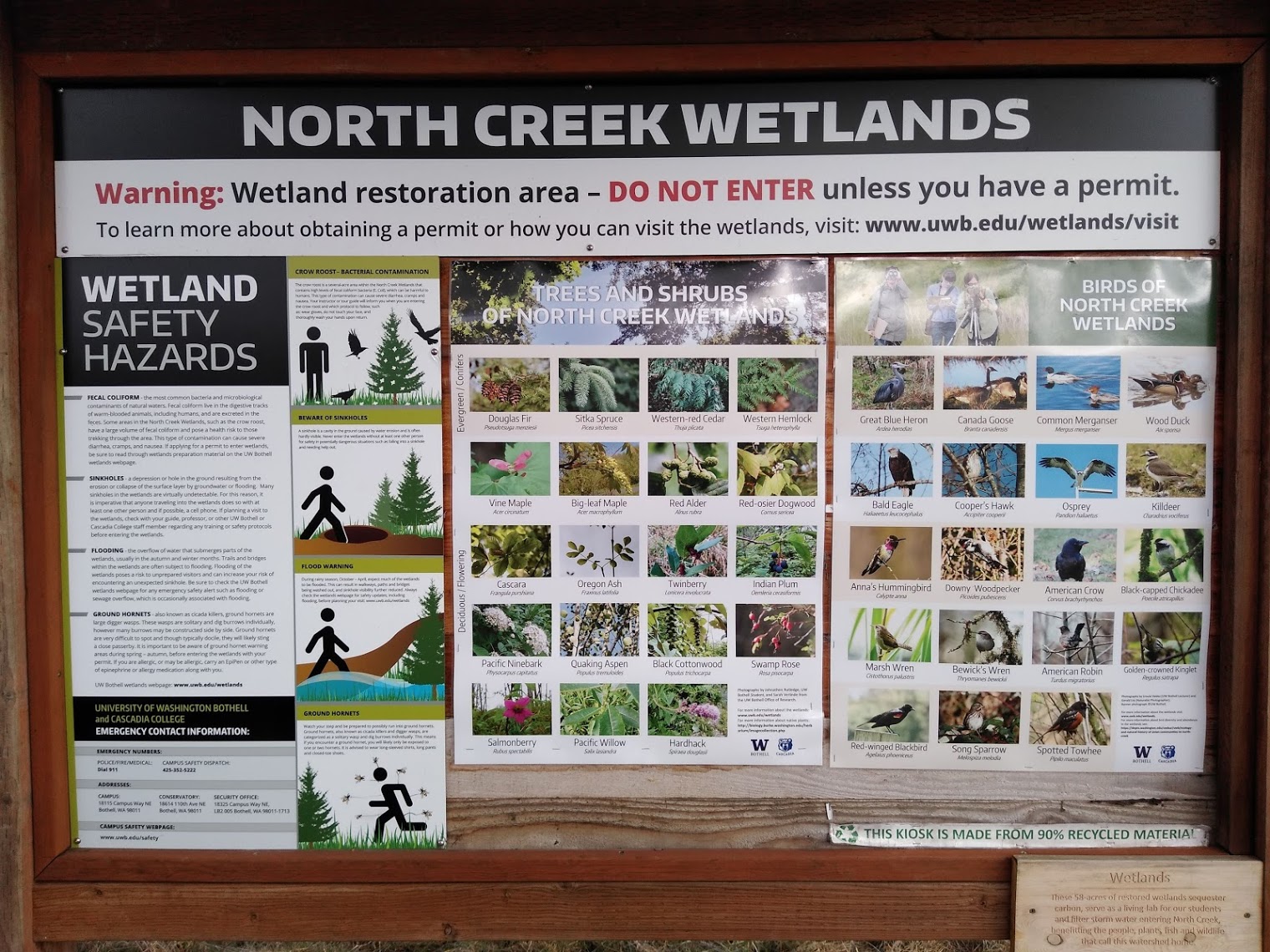 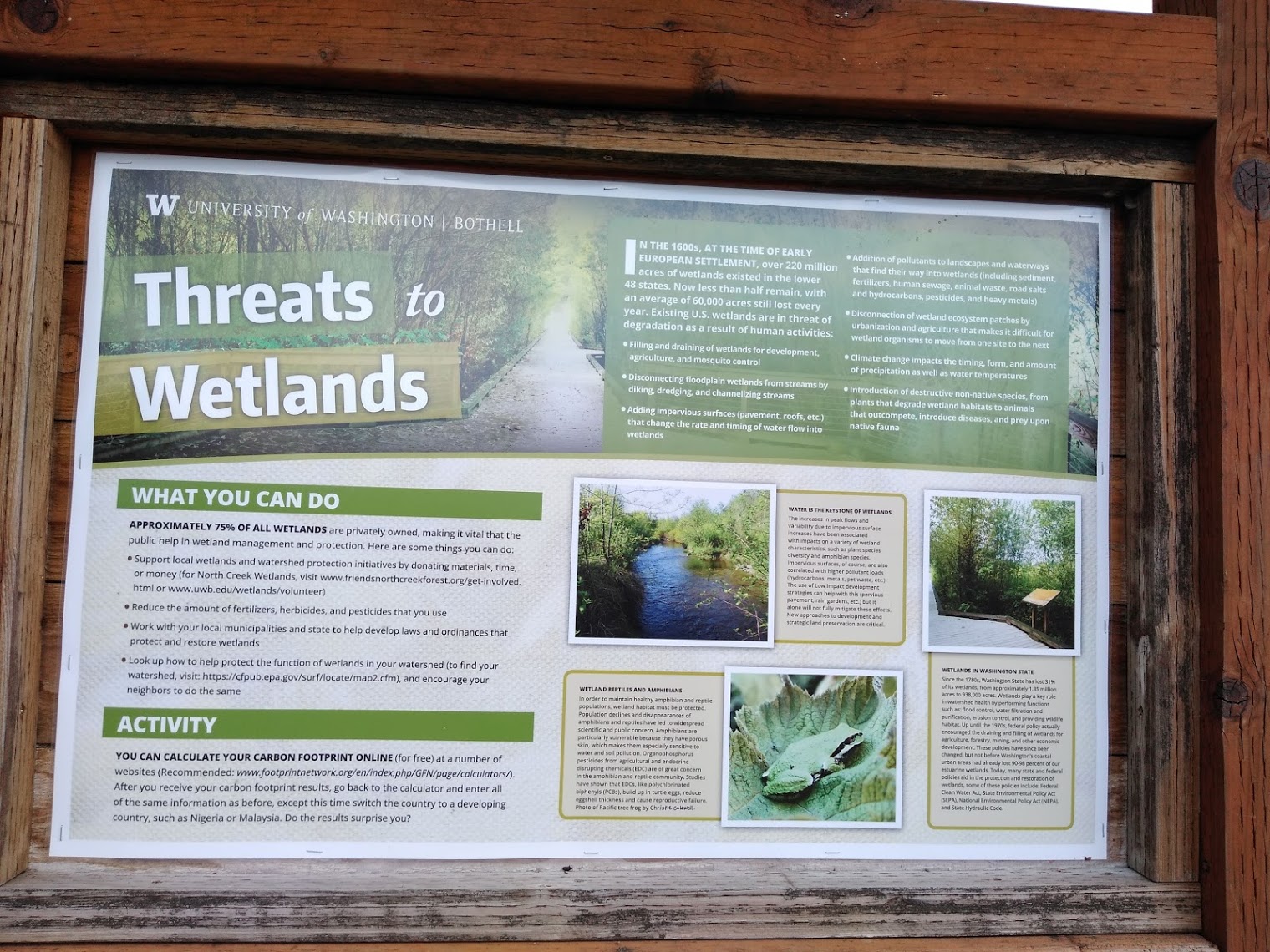 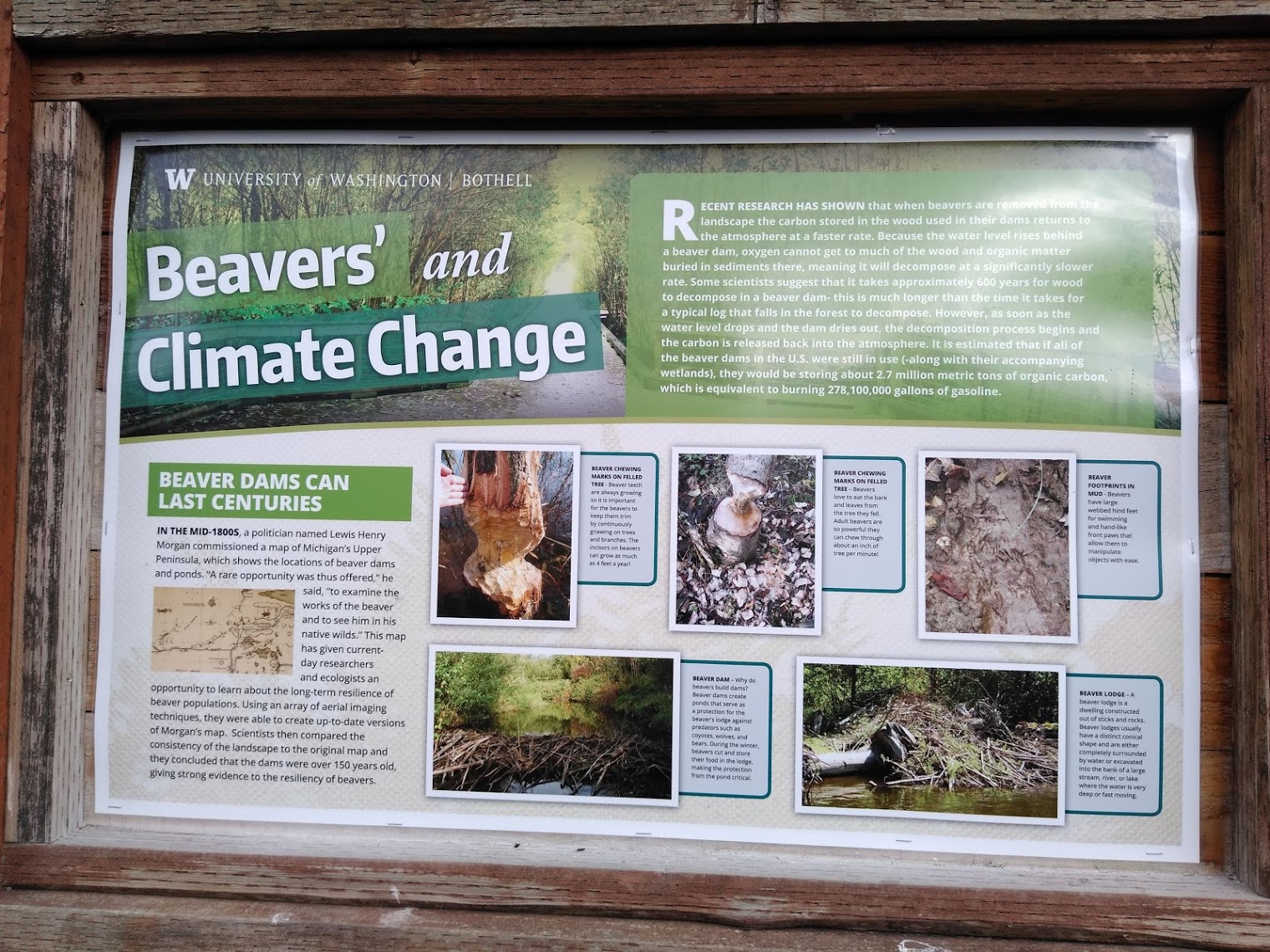