Convergence, parallelism, and loss of traits in plants, a look at evolutionary adaptations without a common ancestor.

In this case, we studied red pigment in plant blossoms: the plant species with red pigments did not have common ancestors with red, but the common ancestor contained the "pathway" which allowed the decedents to evolve red. Lastly, we viewed plants with losses of traits including herterostyly and heteranthery (loss of sexual parts possibly due to lack of pollinators). 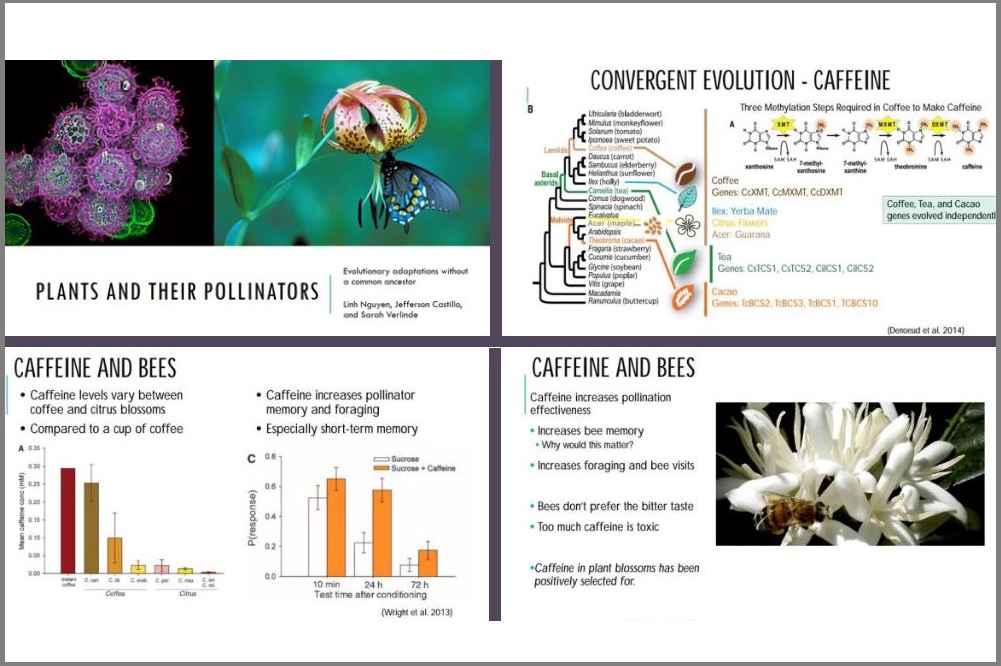 At the end of our presentation we analyzed wind pollination, if it was an adaptation or a loss of trait, looked at the evolutionary processes from the argument of deep homology, and critiqued the pollination syndrome concept.